Are centipedes attracted to light?

Are centipedes attracted to light?

Centipedes are most often found in dark, damp places like basements, toilets, and crawl spaces. However, they may be drawn to light if they are attracted to the warmth it emits. Centipedes are not generally considered to be pests, as they do not bite or sting humans. However, they can be a nuisance if they invade your home in large numbers. If you have a centipede problem, you may be able to get rid of them by reducing the moisture in your home and sealing off any cracks or openings that they could use to get inside. 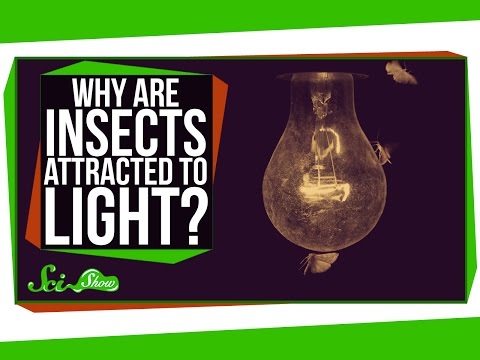 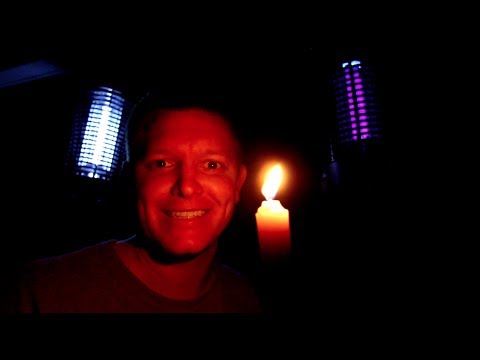 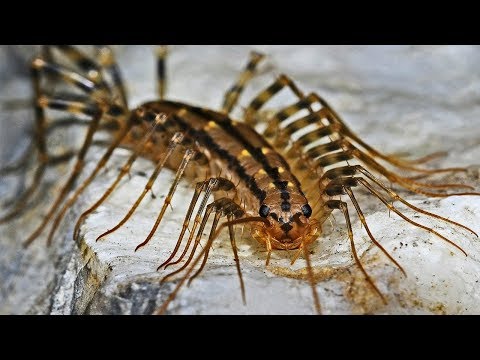 What is the scientific name for the common house centipede?

The common house centipede is scientifically known as Scutigera coleoptrata. House centipedes are found throughout the world, and are particularly common in temperate climates. They typically measure between 1 and 2 inches in length, and are pale yellow or brown in color. House centipedes are venomous, and their bite can be painful to humans. However, they are not considered to be dangerous, and are actually beneficial to have around the home, as they feed on pests such as cockroaches and spiders.

What do centipedes eat?

Centipedes are predators that feast on a variety of smaller insects and arthropods. While the number of legs on a centipede can vary, they all have a pair of poisonous fangs that they use to kill their victims. Once their prey is immobilized, the centipede will then use its mandibles to crush the body of its victim before gulping it down. Centipedes will also occasionally eat lizards, frogs, and small mammals if they can catch them. As predators, centipedes play an important role in keeping the population of smaller insects in check. This can help to prevent crop damage and safeguard against the spread of disease. While they are mostly active at night, centipedes can also be seen during the day hunting for food. When they are not actively searching for food, centipedes will hide in dark, damp places like under rocks or in rotting logs. Although they are not considered to be a major threat to humans, centipedes can bite if they feel threatened. These bites can be painful and cause swelling, but they are not typically harmful or deadly to humans. If you do find yourself with a centipede bite, it is best to wash the area with soap and water and apply a cool compress to relieve any pain or discomfort.

How long do centipedes live?

The average lifespan of a centipede is about 6 years. However, some centipedes can live up to 10 years in captivity. The oldest recorded centipede was 28 years old. Centipedes are found in tropical and temperate areas all over the world. They are predators and typically eat insects, spiders, and other small animals. Centipedes are also known to eat lizards, frogs, and rodents.

What kind of habitat do centipedes prefer?

Centipedes are elongated, flattened animals with numerous legs - one pair per body segment. They vary in size from a few millimeters to 30 centimeters in length. Centipedes are found in most parts of the world, in a variety of habitats including rain forests, deserts, grasslands, and even in the polar regions.

Most centipedes are predators, and use their venomous claws to kill their prey. Their diet consists of a variety of small animals including insects, spiders, and other centipedes. Centipedes are solitary animals, and each one lives in its own burrow or crevice.

During the day, centipedes hide in dark, moist places. At night, they come out to hunt. Centipedes are most active in the spring and summer months.

Centipedes prefer habitats that provide them with ample moisture. They are often found in damp basements, cellars, and crawl spaces. They are also common in greenhouses and other humid environments.

How do centipedes reproduce?

Centipedes are predatory animals that hunt other invertebrates, such as insects and spiders. They are fast-moving and agile predators, and they use their long, sharp claws to kill their prey. Centipedes are found in a variety of habitats, including forests, deserts, and grasslands.

Centipedes reproduce by laying eggs. The female lays her eggs in a protected location, such as a burrow or crevice. She then guards the eggs until they hatch. Once the young centipedes hatch, they are on their own and must fend for themselves.

What is the average number of legs on a centipede?

The average number of legs on a centipede varies depending on the species, but is typically between 30 and 35. However, there are some centipedes that have fewer than 30 legs, and some that have more than 35. For example, the Central American Giant Centipede has up to 41 legs, while the Costa Rican Centipede only has 21 legs.

So, what is the average number of legs on a centipede? Well, it depends on the species. However, the average is typically between 30 and 35.

What is the maximum number of legs on a centipede?

There is no definitive answer to this question as centipedes can vary widely in size, with the largest species having up to 177 pairs of legs. However, the vast majority of centipedes have between 15 and 30 pairs of legs, with the most common number being 23. So, while there is no definitive answer, the maximum number of legs on a centipede is likely to be in the region of 30-35 pairs.

Do centipedes have good eyesight?

There is no denying that centipedes have multiple eyes, which would suggest that they have at least some level of eyesight. However, the jury is still out on whether or not their vision is as keen as that of other insects.

Another reason why some people believe that centipedes have good eyesight is because of their hunting habits. Centipedes are predators and they often hunt other insects. In order to be successful hunters, they need to be able to see their prey. If they did not have good eyesight, it would be very difficult for them to locate and capture their prey.

Despite these reasons, there are some people who believe that centipede eyesight is not as good as that of other insects. One reason for this belief is the fact that centipedes have very poor depth perception. This means that they have difficulty judging how far away objects are. This can make it difficult for them to avoid obstacles and to accurately capture their prey.

Another reason why some people believe that centipedes do not have good eyesight is because they often bump into things. This is especially true in environments where there is not a lot of light. If centipedes had good eyesight, they would be able to avoid these collisions.

So, what is the answer to the question, "Do centipedes have good eyesight?" It is difficult to say for sure. However, there is evidence to suggest that they do have at least some level of eyesight.

What defense mechanisms do centipedes have?

Centipedes are arthropods belonging to the class Chilopoda. They are fast-moving, venomous predators with a voracious appetite. Their bodies are covered in a hard exoskeleton and they have a pair of long, sharp claws that they use to kill their prey.

Centipedes are found in almost every part of the world and they can vary greatly in size. The largest species can reach up to 12 inches in length, while the smallest species are less than 1 inch long. Despite their small size, some species of centipede are still capable of inflicting a painful bite.

The venom of a centipede is injected through their claws and is used to kill prey or defend themselves from predators. The venom is a cocktail of various toxins including, histamine, serotonin, and putative sodium channels activators. This venom is strong enough to kill animals as large as a mouse.

In terms of defence, centipedes have a few different mechanisms that they use to avoid being eaten. Firstly, they are very fast moving and can quickly escape from potential predators. Secondly, their hard exoskeleton provides them with some protection from being eaten. Finally, their venom is a last line of defence that can be used to deter predators or kill them outright.

Do spiders and centipedes see light?

Nocturnal creatures do not typically bask in direct light, so spiders and centipedes would not perceive light the way humans do. While both spiders and centipedes have eyes located on their backs, they are not capable of detecting colors the way we can. Instead, they rely on other sense organs to enable them to detect movement, food and predators in their environment.

Where do centipedes hide in the House?

Centipedes usually hide in dark, cool places such as basements, garages or attics.

Are centipedes nocturnal or diurnal?

Short answer: spiders definitely do not like light in the traditional sense that humans do. For spiders, sunlight is energy currency; it provides food and essential vitamins necessary for survival. While there are some well-known twilight hunters (like the wolf spider) that actively seek out bright light to hunt in, most spiders avoid direct sunlight unless they absolutely have to. Why do spiders avoid direct sunlight? The short answer is that spiders rely on their vision to find food and escape predators. They require a fair amount of Vitamin D to survive, so exposing their eyes to direct sunlight can damage or even disintegrate their retinas. It's also worth noting that spiders' silk production depends on UV light, so shining a light directly onto a gathering of webs can completely block web spinning (and disrupt the community's ability to produce silk). Ultimately, spiders understand how important daylight is for their survival, but they reacted instinctively to avoid getting too much exposure to the sun.

How do spiders see with one eye?

Is a centipede an insect?

While centipedes technically ARE insects, they are actually distant cousins that share many of the same characteristics but differ in some key ways. Centipedes have elongated bodies with a lot of legs which separates them from other insects, and they use venom to paralyze their prey.

What is the scientific name of a centipede?

What is a house centipede and are they dangerous?

House centipedes are generally considered to be harmless, and occasional injuries from them are typically not life-threatening. They're also generally slow moving and shy, so they aren't likely to cause a lot of harm in most cases. Nevertheless, any creature that lives in or around the house should be considered potential prey for these centipedes, so it's important to take precautions if you find one in your home.

Where do house centipedes come from?

House centipedes are mainly found in the Mediterranean region, but they have also been found in other areas of the world. They can live in human homes, where they can prey on other arthropods.

Scutigera coleoptrata is a small, typically yellowish-grey centipede with up to 15 pairs of long legs.

What is a centipede classified as?

A centipede classified as is a long, flat, many-segmented predaceous arthropod.

How many legs do centipedes and millipedes really have? Which …
House Centipedes: Facts, Photos & Information - PestWorld
How Many Legs Do Centipedes Have? - Watchdog Pest Control
This is how centipedes reproduce - YouTube
Do centipedes have a sense of smell? – AnswersAll